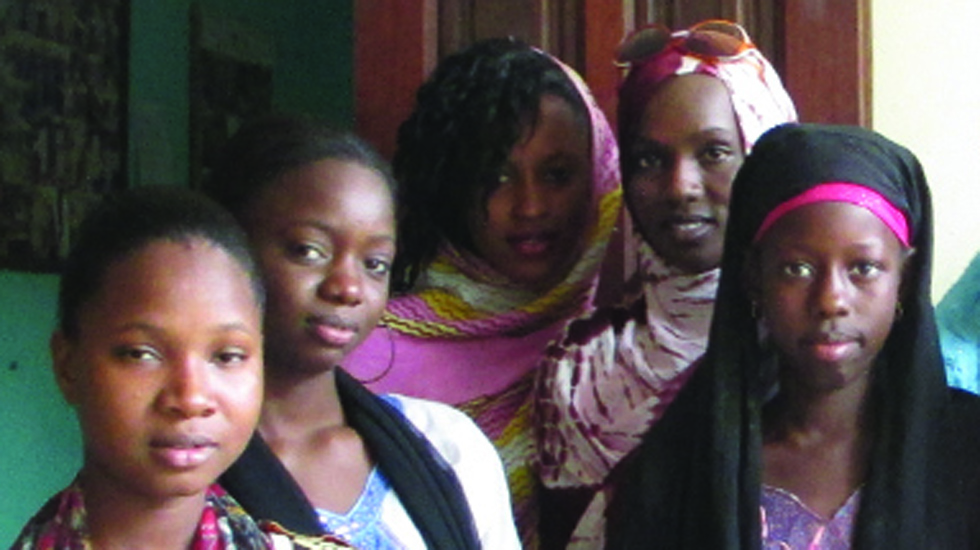 Why Invest in Girls?

While we desire a world where all children get a high-quality education, we invest in girls education because the evidence strongly shows highly favorable results, such as:

The World Bank recently posted about why girl’s education is a priority, especially during the COVID-19 pandemic:

Girls’ education goes beyond getting girls into school. It is also about ensuring that girls learn and feel safe while in school; have the opportunity to complete all levels of education acquiring the knowledge and skills to compete in the labor market; learn the socio-emotional and life skills necessary to navigate and adapt to a changing world; make decisions about their own lives, and contribute to their communities and the world.

Girls’ education is a strategic development priority. Better educated women tend to be more informed about nutrition and healthcare, have fewer children, marry at a later age, and their children are usually healthier, should they choose to become mothers. They are more likely to participate in the formal labor market and earn higher incomes. All these factors combined can help lift households, communities, and countries out of poverty.

Poverty is one of the most important factors for determining whether a girl can access and complete her education. Studies consistently reinforce that girls who face multiple disadvantages — such as low family income, living in remote or underserved locations or who have a disability or belong to a minority ethnolinguistic group — are farthest behind in terms of access to and completion of education.

Violence also prevents girls from accessing and completing education – often girls are forced to walk long distances to school placing them at an increased risk of violence and many experience violence while at school. Most recent data estimates that approximately 60 million girls are sexually assaulted on their way to or at school every year. This often has serious consequences for their mental and physical health and overall well-being while also leading to lower attendance and higher dropout rates. An estimated 246 million children experience violence in and around school every year, ending school-related gender-based violence is critical. Adolescent pregnancies can be a result of sexual violence or sexual exploitation. Girls who become pregnant often face strong stigma, and even discrimination, from their communities. The burden of stigma, compounded by unequal gender norms, can lead girls to drop out of school early and not return.

Child marriage is also a critical challenge. Girls who marry young are much more likely to drop out of school, complete fewer years of education than their peers who marry later. They are also more likely to have children at a young age and are exposed to higher levels of violence perpetrated by their partners.  In turn, this affects the education and health of their children, as well as their ability to earn a living. Indeed, girls with secondary schooling are up to six times more likely to marry as those children with little or no education.  According to a recent report, more than 41,000 girls under the age of 18 marry every day. Putting an end to this practice would increase women’s expected educational attainment, and with it, their potential earnings. According to the report’s estimates, ending child marriage could generate more than US$500 billion in benefits annually each year.

COVID-19 is having a negative impact on girls’ health and well-being – and many are at risk of not returning to school once they reopen. Available research shows that the prevalence of violence against girls and women has increased during the pandemic – jeopardizing their health, safety, and overall well-being. As school closures and quarantines were enforced during the 2014‐2016 Ebola outbreak in West Africa, women and girls experienced more sexual violence, coercion, and exploitation. School closures during the Ebola outbreak were associated with an increase in teenage pregnancies. Once schools re-opened, many “visibly pregnant girls” were banned from going back to school. With schools closing throughout the developing world, where stigma around teenage pregnancies prevails, we will probably see an increase in drop-out rates as teenage girls become pregnant or married. As girls stay at home because of school closures, their household work burdens might increase, resulting in girls spending more time helping out at home instead of studying. This might encourage parents, particularly those putting a lower value on girls’ education, to keep their daughters at home even after schools reopen. Moreover, research shows that girls risk dropping out of school when caregivers are missing from the household because they typically have to (partly) replace the work done by the missing caregiver, who might be away due to COVID-19-related work, illness, or death. Therefore, with the current COVID-19 pandemic, we might see more girls than boys helping at home, lagging behind with studying, and dropping out of school.

$200 sends one girl to school for a year. Donate now to change a girl's life forever.